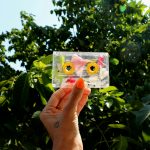 INTRODUCTION Generally multimedia is the combination of audio and visual representations that could include elements of texts, graphic arts, sound, animation, and video (OUM, 2014). However, now in the 21st century, multimedia is not only restricted in that form but digitally and is processed by a computer. Many multimedia applications are already being developed on World Wide Web for easy… Read more →