1. How many planets do not have natural satellites? 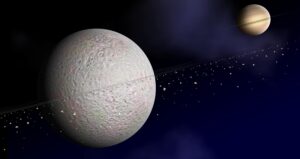 Two planets, Venus and Mercury, are the only planets in the solar system that do not have any natural satellites or moons. Mercury, Venus, Mars and Earth are inner planets.  The outer planets are Jupiter, Uranus, Saturn and Neptune.

2. How many moons does Saturn have?

The moons of Saturn are numerous and diverse ranging from tiny moonlets less than 1 kilometer across to the enormous Titan which is larger than the planet Mercury. Saturn has 62 moons with confirmed orbits, 53 of which have names and only 13 of which have diameters larger than 50 kilometers. 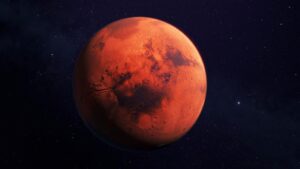 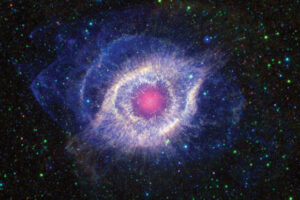 A hot bright star blows up when it runs out of fuel.

Here’s why that happens. The force of gravity is always pulling the matter in the star toward the centre. But in that centre, small bits of matter called atoms are always fusing together, making bigger atoms and releasing huge amounts of energy. That energy pushes outward and works against gravity during the star’s life. After many millions of years, the star runs out of small atoms. Then it has no more energy to push outward. The star collapses, and when the matter collides in the centre, it explodes.

5. What is the Biggest Volcano and Largest Mountain in our solar system?

Olympus Mons is the name of the biggest volcano and largest mountain in our solar system. The word mons means in Latin mountain and Olympus is the biggest mountain in Greece, it is found on the red planet Mars.  Its altitude is 26 km which makes it 3 times higher than Everest. Unlike Everest, Olympus mons has a very gentle slope. The diameter of the base is about 550km. It is formed from thousands of basaltic repeated lava flow. Since the planet’s crust is hardly in motion it helped the lava to accumulate. 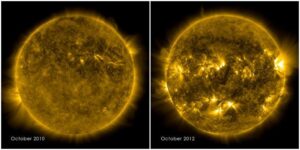